Being possibly the most unforgiving gaming experience to date, the game has only seen tremendously increased growth ever since its release and especially in 2019. The year 2021, however, is by far the best year for Rust, having all types of streamers, from different platforms, immerse into the world of Rust. This article will cover the best games similar to Rust.

As for the objective of the game, you must — survive, loot, and repeat. The concept of the game may seem rather bland on paper, but the experience significantly differs. The amount of depth the game offers is quite astounding. Instead of just running around and fighting each other, experienced players in Rust have spent several months simply learn the basics and become better. That said, many will agree that Rust is more of a part-time job than a casual experience.

Nevertheless, if Rust and its mechanics have taken a fancy to you, you might be on the lookout for games that are quite similar to it and far less toxic. Moreover, these titles will not be limited to just PC, but most other consoles as well.

Read our Top 10 Best Rust Server Hosting Providers to start your own Rust adventure.
Use our promocode RUSTTIPS on ArkServers for 20% off first month.

The hardcore open-world survival game, filled with zombies and other monstrosities, was released back in 2013 by Bohemia Interactive. It goes without saying that DayZ has had a major influence over the early developmental stages of Rust. Since not many played Rust during its zombie apocalypse days, only a select few remember the game’s zombie phase. DayZ and its unique and unparalleled gameplay inspired several studios to attempt and create as many DayZ clones as they can. And while some turned out quite decent, none came close to what the original title offered.

Despite being a revolutionary title, DayZ actually originates from an Arma mod, dropping players into a post-apocalyptic Balkan land amidst a zombie apocalypse. DayZ certainly didn’t have the complex and sophisticated system Rust offers, but if you’re looking for a much slower PvP and PvE experience, then you cannot go wrong with picking DayZ.

Even after its eighth year of release, DayZ continues to grow even further, bringing out a whole new expansion earlier in 2021.

DayZ on Steam
DayZ on Playstation
DayZ on Xbox

Easily the most comparable game to Rust, Hurtworld simply does not hold back or hide its inspiration. Although widely accepted and positively received, Hurtworld is nothing more than a Rust rip-off, while bringing some new key elements to the table. For instance, unlike Rust’s lack of vehicles, Hurtworld has managed to introduce a plethora of resources for its vehicles.

Just like Rust, the objective for Hurtworld is also the same — survival of the fittest and out-strategizing other players, and looting. The game is a much cheaper alternative for Rust while being a carbon copy of the game with weaker graphics, but allowing the game to run on lower-end computers as well. One thing to know before getting into Hurtworld is the number of bugs and hackers it has. Hence, you have been warned.

ARK: Survival has had an odd runtime. Even though its hideous font style and UI might be a turn-off for most, the game has been rather successful over the years. Needless to say, just like any other survival game, the earlier stages of ARK can be quite brutal and unforgiving. I mean, let’s face it — dying from a random dinosaur encounter is never fun, especially right after you set out. However, once you’re past that phase, the world of ARK begins to unfold and present something extremely dense and never seen before.

From climbing onto flying dinosaurs and exploring the world, to engage in PvP sessions with other players, to gathering materials and building a home that fits your liking, ARK is a game that easily competes against all other survival games. It is a unique experience, bringing forth a mix of both prehistoric and futuristic gameplay.

So far, the DLCs and updates received by the game have been remarkable and very engaging. The success of the game has also led the team to begin their work on a sequel starring the one and only, Vin Diesel, proving just how much money they have to burn.

When it comes to overall influence, the gaming industry is currently split into two groups — Rust and Escape from Tarkov. However, both sides are managing to devote their time equally between the two games. This is due to the thrilling and exhilarating PvP experience both titles offer. Even though Rust focuses more on building your base and other survival aspects, Tarkov is a more rudimentary title that has refined its core mechanics to perfection.

Tarkov begins with dropping players into one of its several maps, pushing players to loot before you get extracted. But, if you die in the process, everything you’ve claimed will be lost forever. Therefore, unlike most shooters, Tarkov prefers a slower and grounded play style where the players must actually think before pulling the trigger. The game may seem a bit overwhelming at first, but stick around long enough, and you’ll find it near impossible to quit.

Developed and published by Gamepires, SCUM became available for Early Access back in mid-2018 with a huge bang. The game received a lot of traction in its first month, however, after that, it was left with a more loyal and dedicated player base. The game reeked of countless technical problems, but Gamepires remained consistent with rolling out its patches duly on time. That being said, 2021 might in fact be the best year for getting into SCUM.

The game features a hardcore survival style, tasking players with monitoring several aspects of their character, such as hunger and thirst. And the players must do that while holding off massive hordes of zombies and other players. SCUM also emphasizes base-building for players and an open-world experience unlike any other title on the list. The game also promotes the community to interact and socialize, having a fair bit of craziness that may even rival Rust. 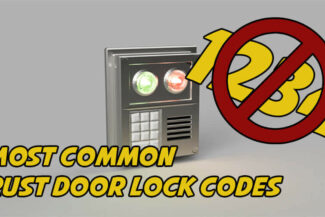 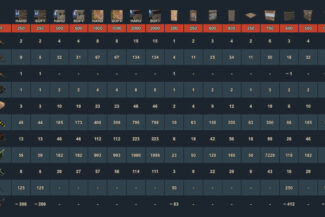 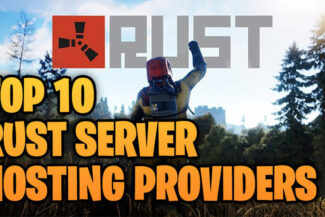 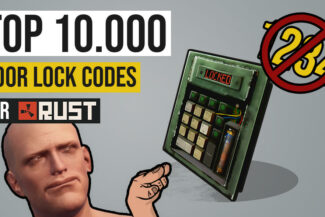